Of all our pages, we are most proud of this one!

Out of the thousand of successful adoptions and rescue stories, we picked a few to share. 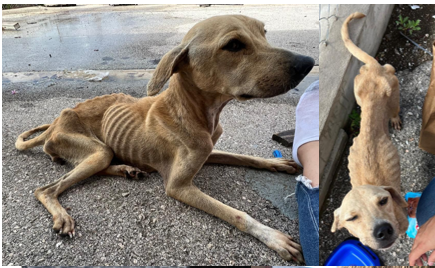 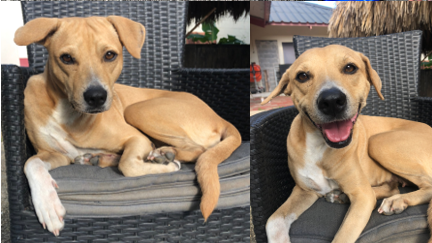 I was found at the supermarket Esperamos. Skinny to the bone. I clearly needed medical care, food and love.

Joy is a very happy dog. She loves cuddles and attention. She is super sweet and easy going. She doesn’t mind when you look at her teeth or trim her nails, she has complete trust in you.

However, she is very focussed on food, which is not strange given how extremely thin she was. Furthermore she is smart, loves car rides and likes to walk on the leash. She likes other dogs, but is also perfectly happy by herself. She doesn’t get bored being by herself.

She has quite some hunting insticts. So it is more difficult to find a suitable place where she can go off the leash.

Joy is a really active dog. An agility course would probably be a good thing for her so she can loose her energy and be mentally challenged. 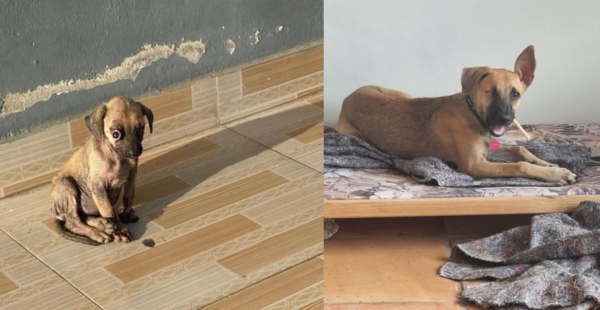 Radha her eye had to be removed. Her adopters say the following about her: ‘She is doing very well. She is still growing a lot! She is really naughty, like a puppy should be. She also really likes to cuddle. We are still very happy we adopted her.”

Meet Lois and Lane. Dumped at Playa Kanoa, covered in scabies. Luckily they were found by volunteer and treated for their highly contagious scabies. After a couple of weeks their skin was completely healed again. They are now truly loved in their forever home and living their best life on Curacao.

Putti, now called Fien, had fallen in a well of 30 metres deep. Volunteer Alexandra saw the post of Niels about a dog who had fallen into a well, and she, together with the firefighters, got Putti out of there. Alexandra went down to get Putti herself, she is a true hero. Putti recovered quickly and is now living in the Netherlands with a loving family. 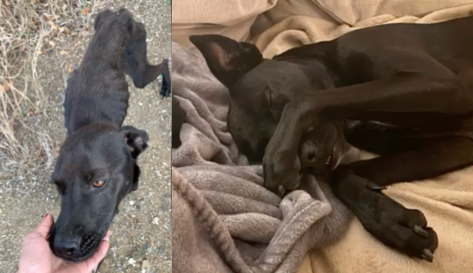 Meet Smiley, dumped behind a cemetery. Covered in ticks and flees, completely starving. Luckily volunteer Alexandra found Smiley. Smiley jumped in her car right away, it was like he knew it was all going to be allright from now on. Smiley recovered quickly. A dutch couple, living in Sweden, came to Curacao for their honeymoon and they fell in love with Smiley. The rest is history. Smiley is now living the good life in Sweden with his loving family.

Meet Noah. Noah was found in a secluded area lying next to his dead sister. We thought that he had passed too, until we saw that he was still breathing…
Already cold to the touch, we rushed him to the vet where he was put on an IV. He had a very low heart rate and his intestines were giving up. His stool was black and consisted of leaves and dirt.

His rescuers took him home and needed to force feed him every hour. We weren’t sure if he would make it through the first night, but he did! After a week of going back and forth to the vet to be put on an IV, Noah finally started to pick up. From not being able to get up at all, Noah started to sit, then stand and 2 weeks after his rescue and falling down countless times, he finally started to walk again!

His absolute favorite toy was Igor, the donkey from Winnie the Pooh, which also became his comfort. Noah’s rescuer was pregnant when she rescued him and formed a very unique and special bond with him, being by his side together with her husband 24/7, helping him recover and boy did he RECOVER! Noah stayed with his foster family and now has 12 rescue buddies, a huge garden to play and a comfy bed to sleep in. He also became a big brother when his family welcomed their first son into the world.

Noah’s story even made it to the local newspapers! Noah is one crazy happy dog that is no doubt enjoying the good life here in Curaçao!

Meet Dribbeltje. This poor sweetheart was dumped near Playa Kanoa and was rescued by our local hero and fisherman, Mr. Kip. He rescues every dumped dog that he possibly can as the chance of them being shot by the goatherds in the area is big.

Everywhere we take Jax, people kept calling him Scooby-Doo! Can you see the resemblance? Jax was found very sick and skinny at a snack-bar in Curaçao. He spent almost a week on an IV struggling to stay alive and just look at him now!

He’s quite big for the average Westpointer and is such a sweet boy! He loves kids, other dogs, playing catch, swimming, going for walks or just chilling on the couch. 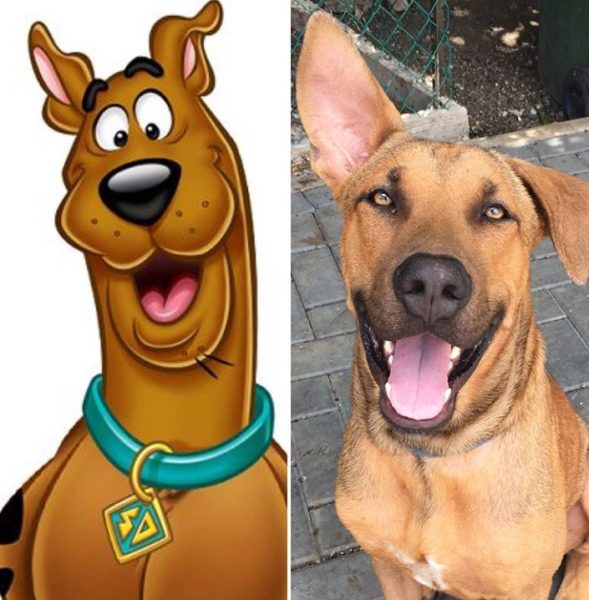 Dear Nochi was found on the beach with severe scabies, her skin was open and she had so many bloody wounds. Puppy-scabies (demodex) is easily treatable with the right medicine.

The only shade on the beach she was found on was from a cactus, the ‘dama di anochi’, that’s why she is called Nochi.

The treatment worked and soon Nochi became a beautiful dog again. She is very sweet and very affectionate.

She now lives in the Netherlands, with Gerdien. Gerdien is also a rescue dog from RPC, she was left at the vet during a steralisation action and her owner never picked her up. 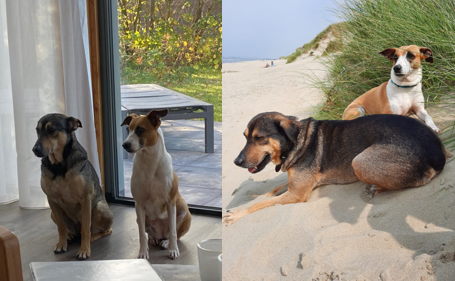 Introducing Ms. Black Friday. She was weak, scared and covered in mange. We spent almost two hours looking for her, she was very good at hiding herself.

Once we had her, brought her home and gave her a good meal, she was sooo thankful!! She completely gave in and was such a happy dog! Look at her now, all of her fur has grown back in all different colors, so unique and beautiful! So you see, it’s amazing what a little TLC can do!